UPDATE: April production of Doubt, A Parable has been postponed to the fall. Our new performance dates are November 12 – 22, 2020. We feel it is best to err on the side of caution in this matter and are grateful for your understanding.

Doubt examines the human tendency to convict others with our own convictions and to doubt others with our own doubts.  Winner of the 2005 Pulitzer Prize and Tony Award for Best Play, Doubt is set at St. Nicholas, a Catholic school in the Bronx in 1964.  Sister Aloysius, the strict and strong-minded principal, suspects that the young priest, Father Flynn, might be making improper advances toward the school’s first African-American student.  She enlists the aid of a young teacher, Sister James, in her efforts to validate her concerns and confront Father Flynn.  Flynn is as adamant in his denial of any wrongdoing as Sister Aloysius is certain of his guilt.  With Sister James and the student’s mother, Mrs. Muller, caught in the middle, the priest and principal face off in a battle of wills.

All performances will be in the Gwartney Theatre in Mulder Hall on the LSUA campus. There will be no late seating. 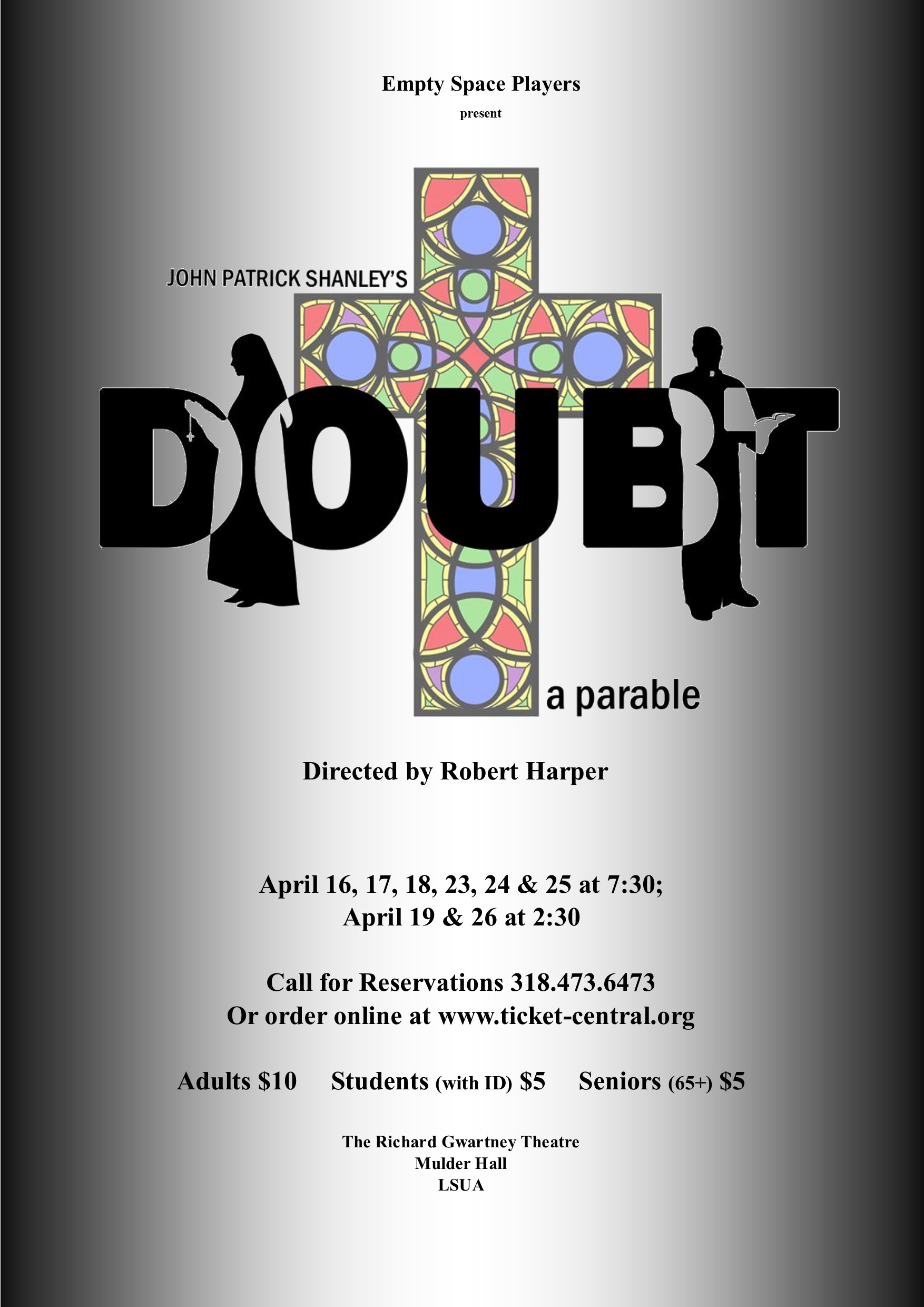