Due to the Covid-19 situation, Southern Circuit has  cancelled the film screening. Please look for news of our virtual film screenings for the month of April! Please stay safe, and we look forward to seeing you all when we can once again gather.

Join The Arts Council of Central Louisiana on Wednesday, April 15th for a screening of Who Will Write Our History. This film is part of the 2019 – 2020 Southern Circuit Tour of Independent Filmmakers. Q & A with the Director Roberta Grossman will follow the screening.

The screening will be held at 7 PM at the Hearn Stage. Tickets are $10 for adults and $5 for students.

In November 1940, days after the Nazis sealed 450,000 Jews in the Warsaw Ghetto, a secret band of journalists, scholars and community leaders decided to fight back. Led by historian Emanuel Ringelblum and known by the code name Oyneg Shabes, this clandestine group vowed to defeat Nazi lies and propaganda not with guns or fists but with pen and paper. Now, for the first time, their story is told as a feature documentary. Written, produced, and directed by Roberta Grossman and executive produced by Nancy Spielberg, Who Will Write Our History mixes the writings of the Oyneg Shabes archive with new interviews, rarely seen footage and stunning dramatizations to transport us inside the Ghetto and the lives of these courageous resistance fighters. They defied their murderous enemy with the ultimate weapon – the truth – and risked everything so that their archive would survive the war, even if they did not. 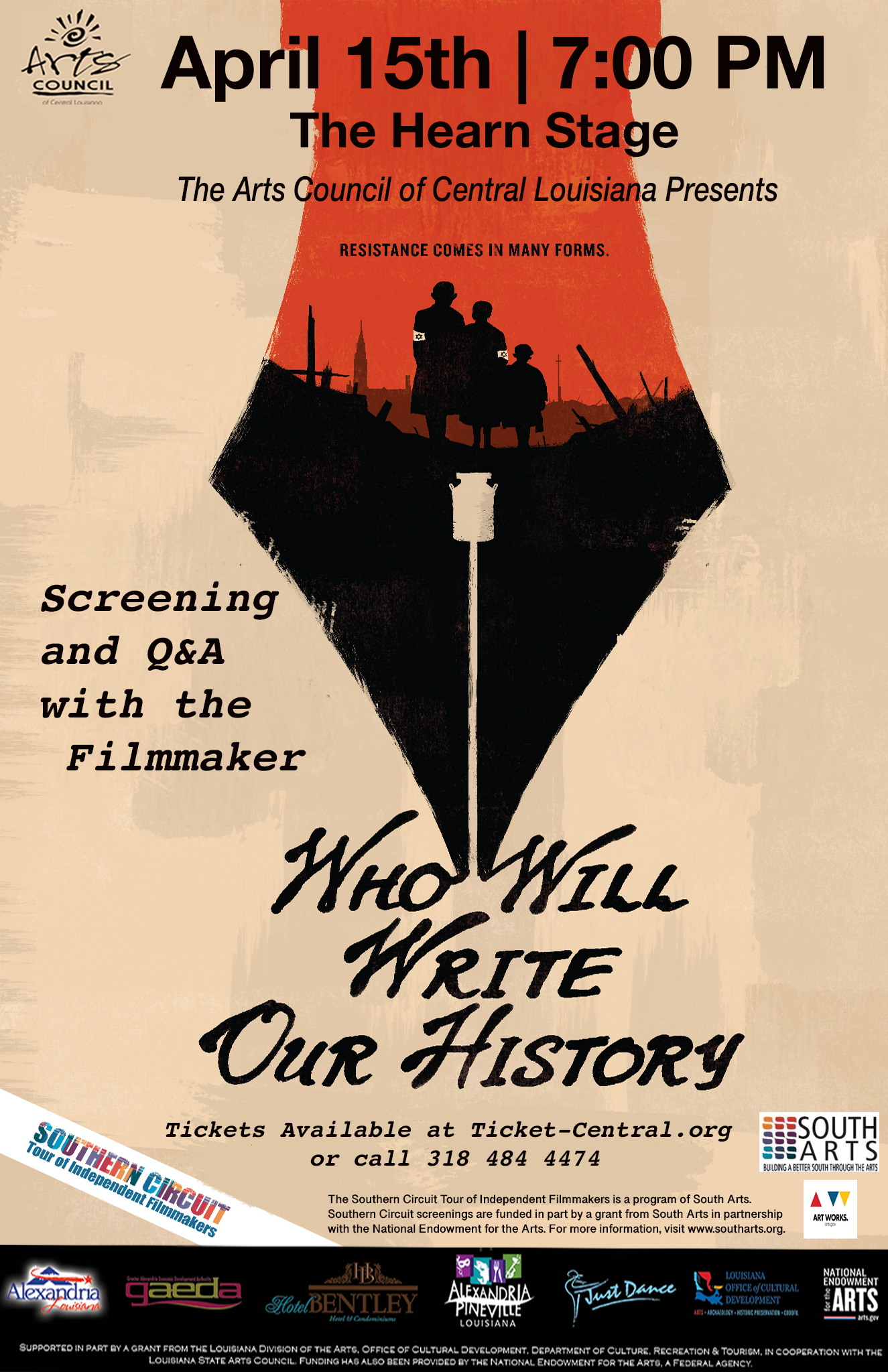