An event every week that begins at 7:00 pm on Thursday, Friday and Saturday, repeating until September 21, 2019

The 39 Steps is a fast-paced whodunit for anyone who loves the magic of theatre! This two-time Tony® and Drama Desk Award-winning treat is packed with nonstop laughs, over 150 zany characters (played by a ridiculously talented cast of four), an onstage plane crash, handcuffs, missing fingers, and some good old-fashioned romance! In The 39 Steps, a man with a boring life meets a woman with a thick accent who says she’s a spy. When he takes her home, she is murdered. Soon, a mysterious organization called “The 39 Steps” is hot on the man’s trail in a nationwide manhunt that climaxes in a death-defying finale! A riotous blend of virtuoso performances and wildly inventive stagecraft, The 39 Steps amounts to an unforgettable evening of pure pleasure!

All shows are performed at the Martin Performing Arts Center on the campus of Louisiana College. 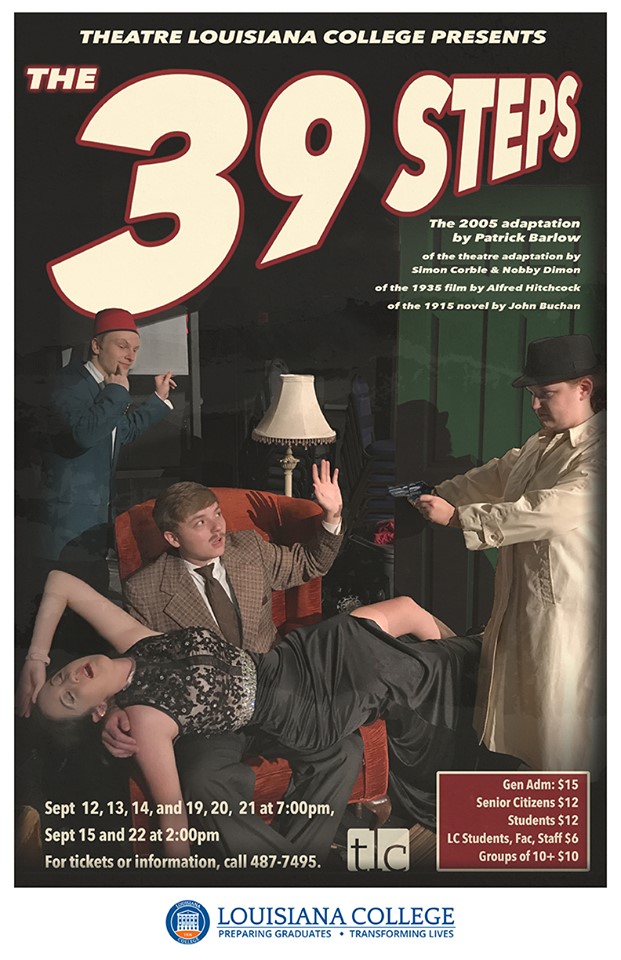